Crouching Tiger is a ten-episode documentary on YouTube based on the best-selling book Crouching Tiger: What China’s Militarism means for the world.

BOOK: Crouching Tiger: What China’s Militarism Means for the World 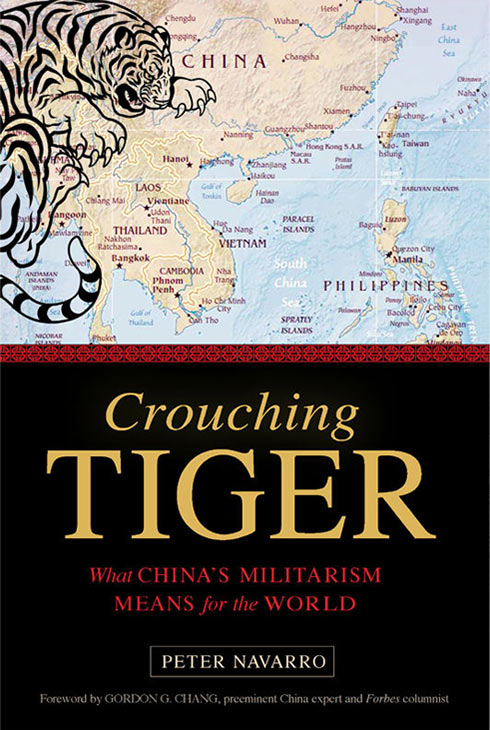 Will there be war with China? This book provides the most complete and accurate assessment of the probability of conflict between the United States and the rising Asian superpower. Equally important, it lays out an in-depth analysis of the possible pathways to peace.

Written like a geopolitical detective story, the narrative encourages reader interaction by starting each chapter with an intriguing question that often challenges conventional wisdom. Based on interviews with more than thirty top experts, the author highlights a number of disturbing facts about China’s recent military buildup and the shifting balance of power in Asia: the Chinese are deploying game-changing “carrier killer” ballistic missiles; some of America’s supposed allies in Europe and Asia are selling highly lethal weapons systems to China in a perverse twist on globalization; and, on the U.S. side, debilitating cutbacks in the military budget send a message to the world that America is not serious about its “pivot to Asia.”

In the face of these threatening developments, the book stresses the importance of maintaining US military strength and preparedness and strengthening alliances, while warning against a complacent optimism that relies on economic engagement, negotiations, and nuclear deterrence to ensure peace. Accessible to readers from all walks of life, this multidisciplinary work blends geopolitics, economics, history, international relations, military doctrine, and political science to provide a better understanding of one of the most vexing problems facing the world.

SEE IT AT AMAZON.COM

Peter Navarro on Fox: President Trump is delivering on his promise to ‘Buy American, Hire American’