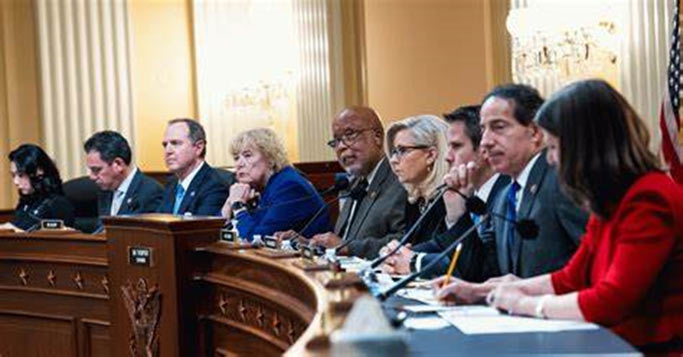 On February 9, 2022, I received a subpoena in which I was “commanded to be and appear before a Kangaroo Court established by Nancy Pelosi, AKA the Select Committee to Investigate the January 6th Attack on the United States Capitol.”

Upon receipt of this subpoena, as a former senior White House adviser to President Donald J. Trump clearly covered by testimonial immunity, I was faced with several choices, including: (1) respect President Trump’s invoking of executive privilege in the Committee’s investigation and fail to comply with the subpoena; or (2) unilaterally waive President Trump’s Executive Privilege and my own testimonial immunity by providing all of the requested documents and testifying before the Committee as commanded.

I chose Option #1; and Pelosi’s Kangaroo Court responded with a criminal contempt of Congress, with the intent to imprison me and fine me.  In this suit, I argue that the January 6th Committee is unconstitutional and unlawful and its subpoenas are thereby unenforceable.

The fact of the matter here is that if this Kangaroo Court of a Committee is allowed to continue in its present form, it will continue to make a mockery of due process, the separation of powers, any legitimacy behind the power of Congress to investigate, and thereby do great damage to our Republic.

Please read this case carefully and you will see that it is time for the U.S. Supreme Court to weigh in on this whole issue.

They are not coming for me.  They are coming for Donald Trump.  I’m just in their way.